PROOF that the weather has been LOUSY!

PROOF that the weather has been LOUSY!

As I was sitting on the couch yesterday morning, watching the rain sheet down, I began thinking about whether or not this has been one of the wettest winter/spring seasons ever. Checking the production of my solar array confirmed that there has been less sunlight than in past years, a LOT less. Normally, my system makes about 1,000 kilowatt hours a year, or 1Mwh. This year, I'm three months behind the production of the previous three years.

Here's the chart to prove it:

Yes, I write down each day's electricity production in a log. Entering those numbers into a spreadsheet gave me the chart data.

July is typically the big power producing month and July 2010 looked typical. August was actually a bit better than previous years. But then look what happens to the aqua bar, it dives down while moving to the right. Coming back to the left in 2011 as a purple bar, it's easy to see that March and April were stinkers. For whatever reason, May 2011 has been only a bit below average, in spite of it seeming like it has been raining constantly all month.

I'm ~really~ hoping June brings some clear weather. The grass is getting out of control but I don't really want to go out and thrash the mowers trying to hog through wet grass. That and I think I'm developing allergies to all the pollen that's in the air.

I know, it could be worse, I could be out there where the twisters mow the grass for you, but damn, I'm tired of rain!
Top

It has been some crazy weather :/ This link might come in handy for some...you can listen to it right online:

The 'old timers' in NE Oregon and down in SW Idaho all say 2010-11 has been the wettest, coldest winter since about 1985. We have only had a couple of nice warm spring days so far this 'spring', so it looks like alot of folks are gonna' be happy campers when it finally warms up and dries out!

Ugh, really not what I want to see as I prepare to move up that way.

I can sympathize - over winter, we had many days of rain. SWMBO has been on my ass to move to Oregon/Washington for years, so when we got 6 days in a row of cloudy with rain, one would think she would like it. Not. Very much ready to go completely nuts missing the sun. So, I guess home base will have to stay here in "fly over country".

We have had a period of very mild winter/summer cycles for about 20 years here. When growing up, the summers were hotter and the winters seemed to be a little colder overall. Used to get -5 to -10 almost on regular basis (every year two or three times).

There is change afoot. Don't understand it, but it is happening. Should be interesting.
Top

Happy June 1st! As I type this it is once again snowing...it's been sticking for the last half hour and there is at least an inch now. I believe we will get several more inches tonight. If anyone like to ski one of the ski resorts will be open past the 4th of July weekend.
Wherever I am...I am home.
Top 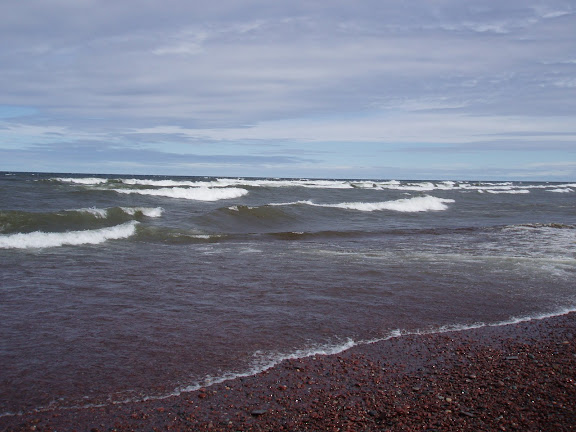 Its been blowing 45s here since last night. Before that we had thunderstorms. We don't have thunderstorms here.
https://www.youtube.com/watch?v=picasac ... r_embedded
Yes it is weird here. The winds I am used to. The western reach is nearly 200 miles and the eastern reach is about the same, so if the wind is blowing, it is usually hard. It was the sudden heat and then the tropical down pour that really had us wondering. Right before that they had a tornado watch going on. Uh, tornado? We live on an island. Water spouts? Dunno.
DF
Top

It's been crazy windy here for the past two days. We also had high humidity yesterday and the day before. Yesterday there were plenty of clouds with that high wind but just a little rain. Today it's still VERY windy but it was sunny all day.

Seems like everywhere is getting unusual weather. Except for here in Wisconsin... pretty normal for us to have thunderstorms and tornados this time of year.
ezrablu
1991 Bluebird International
360 DT - 6 Speed
Top

The Weather Service issued a statement today that this is officially the wettest and coldest spring out here in the west since 1984!
38 degrees and raining in NE Oregon this AM. The snow level is way down low on the mountains. A high of 60 degrees in the Boise Treasure Valley area of Idaho. Windy, with rain squalls here and there.

Someone emailed me an article recently on the Govt's HAARP (sp?) project in Alaska, I think it was. I wonder if there is anything to the idea that there is deliberate Govt. 'man-caused' manipulation of the weather for some nefarious purpose?
Top

We have been in a kind of quiet, mild cycle for a long time and I think some of this is just getting back to "normal" - whatever that is. With some input from other "climate change" type influences. Whatever they may be...
Top
Post Reply
10 posts • Page 1 of 1